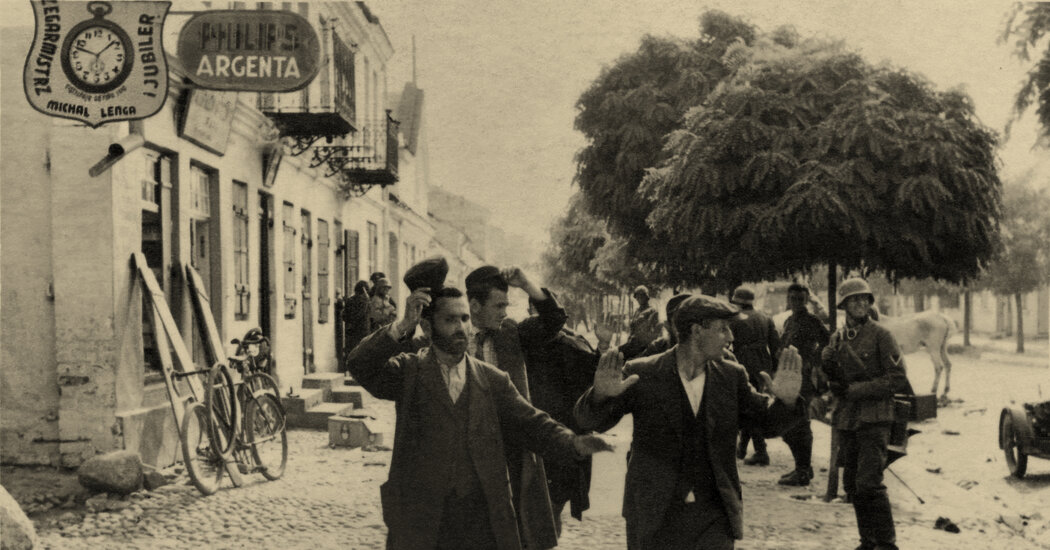 In the 1990s, Scott Lenga spent almost 40 hours interviewing his father, Harry, about the years he had spent in concentration camp after concentration camp during World War II and how he and his brothers survived them all, including Auschwitz.

Decades later, Mr. Lenga transcribed the recordings and spent seven years turning them into a chronological monologue of his father’s own words. The result was “The Watchmakers,” a story of how the resilience, tenacity and horological skills of his father and uncles pulled them through the war. (Mr. Lenga is to be interviewed about the book on Monday at Watches and Wonders Geneva, and Citadel Press has scheduled it for publication in June.)

Born into a Hasidic family of watchmakers in 1919 Poland, Harry Lenga was a very young man when he and his brothers, Mailekh and Moishe, were swept up by the Nazis. All they had was a suitcase of watchmaking tools and parts their father gave them, and their ability to fix watches is what helped them — like other skilled artisans and artists during the Holocaust — live through their captivity.

The book also describes their liberation in 1945 from a camp in Ebensee, Austria, and it ends in 1949 with Harry Lenga’s immigration to St. Louis, where he continued working as a watchmaker for almost 30 years. He and his wife moved to Israel in 1998, where he died in 2000.

Scott Lenga, 61, lives in Israel now, where he works as a corporate and intellectual property lawyer. In an interview, which has been edited for length and clarity, he talked about their endurance and inspiration.

What inspired you to finally write this book?

I had been hearing these stories from my father since my earliest childhood and was always inspired by them. There are many Holocaust survivors who couldn’t talk about what happened, but he was the opposite. If he was here, he would tell you that at every stage of the war he trained his mind to remember every detail about what was happening in the German concentration camps. He wanted people to understand, to make sure that something like this never happened again to anybody else.

You said you would tell your three daughters some of your father’s stories as bedtime stories. How can you make a bedtime story out of so much heartache?

I wanted my kids to internalize the values of brotherhood, resilience and initiative that had come true in my father’s stories, and I wanted them to get that before they learned the larger history of the Holocaust in school. The stories themselves are more about how my father and his brothers maneuvered to survive and many of the things they did are actually positive and uplifting.

One example is when Harry was able to get an extra bowl of soup and how, even though he was starving, he spent hours with that soup waiting for his brothers to come back and share it. It is a beautiful story, and I have adapted that story to be a children’s book — that’s waiting in the wings.

What was the importance of watchmaking in the story?

Watchmaking was like an art that carried them through this deluge of war and moral chaos. I think the watches themselves had very important significance, too, because a watch is a symbol of culture and refinement and civilization, and they were in this place where the Nazis were on the vanguard of trying to destroy Western civilization in a very real way. And then here is this starving skinny Jew, with a screwdriver he made from a nail and a spring he made from a discarded earmuff, proving that there is hope and that he could fix the watch and maybe even what it symbolizes.

When you listened to those tapes of your father’s stories again, was there one that really stood out?

The most difficult story to write, the one that really tore me up inside, was that heart-wrenching scene when the brothers were leaving their home in the ghetto in Kozhnitz [the Yiddish name of Kozienice, Poland] and their father gave them all of his watchmaking tools and told them that where he was going, he wouldn’t need them. Everybody was crying, and they wanted my grandfather to go with them because death was imminent, but he couldn’t because he wouldn’t leave his wife, and his wife wouldn’t leave her mother and her sister. Everybody felt they needed to stay there to support each other, but they all agreed that my father and his brothers had to leave that same night.

What was the most uplifting story for you to tell?

What happened after the death march. When they ended up on a farm, and they were so exhausted and it was freezing cold and my father’s brother Mailekh said, ‘It’s game over. We just need to lay down and fall asleep and we won’t wake up. This is the end; let’s just have an easy death.’ And my father went into a rage and walked off with some kind of new energy that came with the rage, and he saw a building in the distance and approached it and saw there was a basement window. So, he went and got his brothers, and they quietly broke the window and lowered my father into the room, and he saw it was a large cellar filled with vegetables of all kinds. The very natural thing would have been for him and his brothers to climb into that cellar, stretch out, eat vegetables and spend the night. They had been running day and night for three days straight with no sleep and no food and just eating dirty snow with their hands to have some sort of wetness in their mouth when they were running. But instead, my father said, ‘There’s enough room for 200 boys; quietly go and bring people so they can come and spend the night and survive.’ They packed that cellar to standing room capacity, to where they literally fell asleep standing up, leaning one against the other. That was, I think, my father’s finest hour.

When your father immigrated to the United States and continued as a watchmaker, did he instill a love of watchmaking in you?

He instilled in me a love for what watchmaking represented for him, which in a way was life itself. I certainly don’t look at watches the same as anybody else now. Growing up I viewed them with a utilitarian attitude, but now I look at them and I see my father’s story.