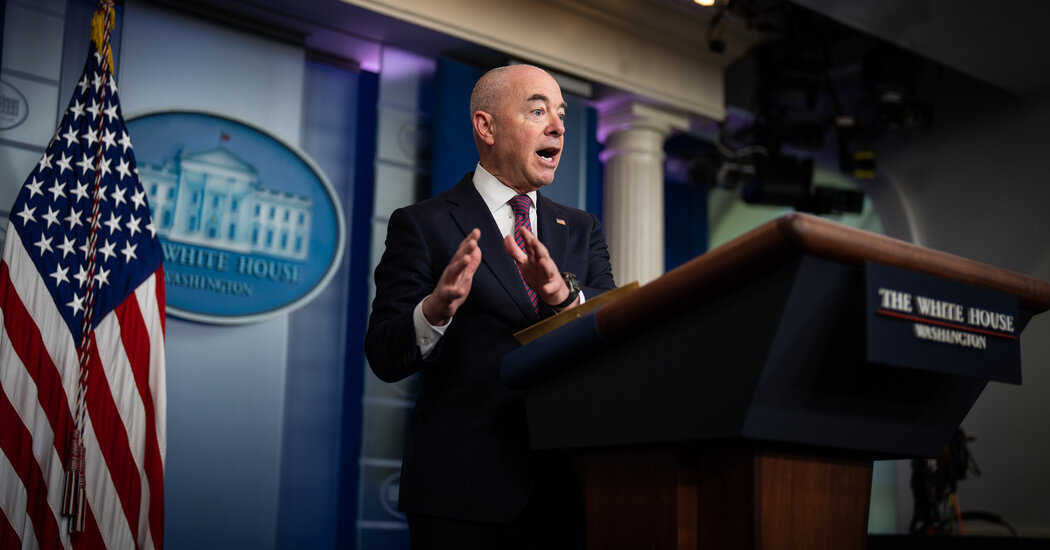 The Biden administration announced on Tuesday that it would not conduct mass arrests of undocumented workers during enforcement operations at U.S. businesses, a reversal from Trump administration policies and the latest signal to millions of immigrants that they were not priorities for deportation.

Known as work-site raids, such arrests have long been criticized by immigration advocates for spreading fear and dissuading workers from reporting labor violations out of concern that they would be arrested. So far, these raids have not been a fixture during the Biden administration.

Alejandro N. Mayorkas, the homeland security secretary, said in a statement that enforcement efforts at work sites would instead focus on “unscrupulous employers who exploit unauthorized workers, conduct illegal activities or impose unsafe working conditions.” He also asked for recommendations from the department’s immigration agencies over the next 60 days to identify policies and agreements that affected the enforcement of labor laws and how to “alleviate or mitigate” concerns and fear that undocumented workers had about exploitative employers.

The new policy comes during a critical labor shortage in the United States, precipitated by the coronavirus pandemic, and offers reassurances that undocumented workers are not at risk of being deported en masse. The new strategy also reflects promises that President Biden has made about taking a softer approach to immigration policy than his predecessor did.

Some companies that rely on undocumented workers pay them below the market rate for jobs, exploiting immigrants and undercutting competitors.

“Refocusing resources to counter exploitative employers is a necessary step in protecting the American labor market and workers,” said Representative Bennie Thompson, Democrat of Mississippi and the chairman of the Homeland Security Committee.

Workplace raids, which Mr. Mayorkas described as “resource-intensive,” were a priority during the Trump administration, which targeted employers as well as undocumented workers. The goal was to dissuade immigrants from illegally crossing the border to work in the United States. The George W. Bush administration started high-profile work-site raids in a bid to push Congress to pass an immigration overhaul, but lawmakers failed to reach a consensus.

The Obama administration sought to focus work-site enforcement efforts on employers who hired undocumented workers rather than on the workers themselves, prioritizing audits of employee files. Still, the policy led to the firing of thousands of undocumented workers.

Employers are required by law to check whether the people they hire are legally permitted to work in the United States. Several administrations have pushed for a nationwide requirement to use a program known as E-Verify to confirm that employees have permission to work in the country. But it currently remains a voluntary program for most employers.

Immigration advocates commended the new work-site enforcement strategy, but they said it was not a substitute for creating a path to citizenship for millions of undocumented immigrants.

“While we applaud today’s announcement by the administration to end workplace raids, we need more commitment from this administration to protect all 11 million undocumented immigrants from deportation, not just in their workplaces,” Nicole Melaku, the executive director of the National Partnership for New Americans, said in a statement on Tuesday. “We need permanent protections now.”

Democrats tried to include a measure in a multitrillion-dollar spending package that would allow a path to citizenship for millions of undocumented immigrants, but their efforts have failed.

The work-site enforcement policy also echoes new guidance for immigration enforcement priorities that were partly devised to end the indiscriminate arrests that became commonplace during the Trump administration.