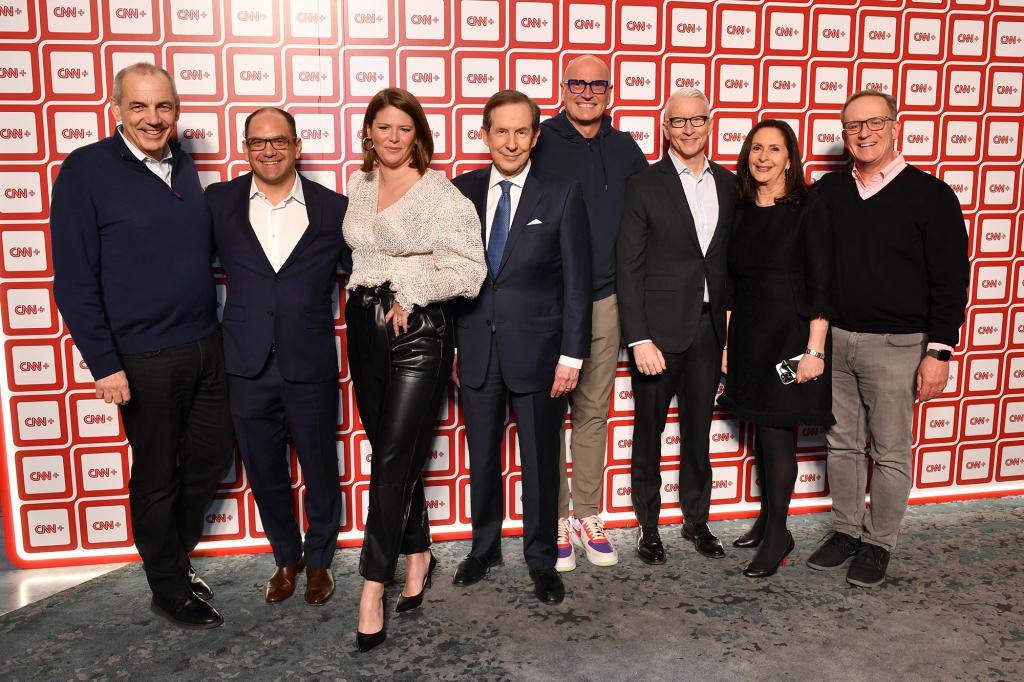 The shocking announcement that CNN+ would be shutting down operations less than a month after it launched has left out-of-work staffers “aghast and furious” over the company’s handling of what sources inside the network call “an absolute debacle.”

“This is f–king crazy, it is nuts,” a CNN insider told The Post.

“This literally rivals the epic disaster of Quibi,” the insider said, referring to Jeffrey Katzenberg’s short-lived streaming platform that went out of business just seven months after it launched in April 2020.

CNN+ — which one insider estimated the network spent $300 million launching and between $100 million and $200 million advertising — will cease streaming for good at the end of the month.

“All the CNN talent were basically doing double duty — Don Lemon, just announced his show a few days ago,” one staffer lamented. “But the writing was on the wall when CNN+ advertising was pulled a few days ago.”

Network insiders were horrified to learn that all junior staffers at the streaming service were let go. The roughly 300 staffers were offered six months’ severance as well as first dibs on job opportunities within CNN, according to sources.

CNN+’s big-ticket acquisitions, meanwhile — including former Fox News star Chris Wallace and ex-MSNBC reporter Kasie Hunt — are expected to be reassigned to the cable news mothership or to other platforms within the Warner Bros. Discovery media empire.

Sources told The Post that CNN “overspent on talent” by giving Wallace $9 million per year while Hunt was lured away from MSNBC with an annual paycheck of $1 million.

Hunt paid tribute to the “world-class” journalists at CNN+, tweeting: “I am so incredibly proud to be able to call them colleagues.”

She tweeted that her new “job” for the “foreseeable future” would be to help laid-off staffers find work elsewhere.

“If your organization would like a chance to benefit from their talents, my DMs are open,” Hunt tweeted.

With CNN+ shutting down, the prevailing sentiment in the newsroom is that Wallace will likely take over Chris Cuomo’s old 9 p.m. time slot. The Post has reached out to Wallace seeking comment.

“The big people will likely be saved, but what about everybody else, the people who do the real work?” the insider told The Post.

“The producers, showrunners? Some will get six months’ severance, others will not.”

Insiders fumed that the corporate suits at Warner Bros. Discovery laid off staffers so soon after the streaming service started operations.

“Many people left their stable jobs at CNN to go to CNN+ and then they pull it right after launch?” the source said.

“Everyone is aghast and furious.”

Employees are also nursing resentment toward their new boss, Warner Bros Discovery CEO David Zaslav, because he recently led workers to believe that he would be giving CNN+ a chance, according to the insider.

“The irony is that Zaslav came in a few weeks ago and told the CNN+ staff they would soon be running the world, ahead of CNN anchors on TV,” the source said.

“Is this the way David Zaslav operates?”

The source said CNN should have kept to its bread-and-butter 24-hour news operation rather than venture into the streaming space.

“CNN should have just stuck to what they do well, which is hard news, not Anderson Cooper giving parenting advice,” the insider said.

“I might have declined to pay for it, but I would have tuned in if it could have been an app to see live TV.”

“CNN+’s demise has been in the news,” another source said.

“The bigger question is: Why did [WarnerMedia CEO] Jason Kilar and [CNN boss] Jeff Zucker keep moving with this? They could have punted it.”

After Zaslav took over the newly merged entity that combined Discovery with WarnerMedia, it became clear CNN would shift away from its opinion-dominated programming and more toward straight reporting.

“Given what the new mandate is, which is hard news, why would you have decided the CNN+ programming would be effectively softer programming?” the insider said.

A source close to Discovery said new management reviewed CNN+’s numbers once the merger between WarnerMedia and Discovery closed earlier this month.

“These kinds of vertices don’t scale,” the source said, noting that Discovery has experience launching streaming services across its various channels.

The company’s long-term broader strategy is to merge the Discovery+ streaming service with that of HBO Max.