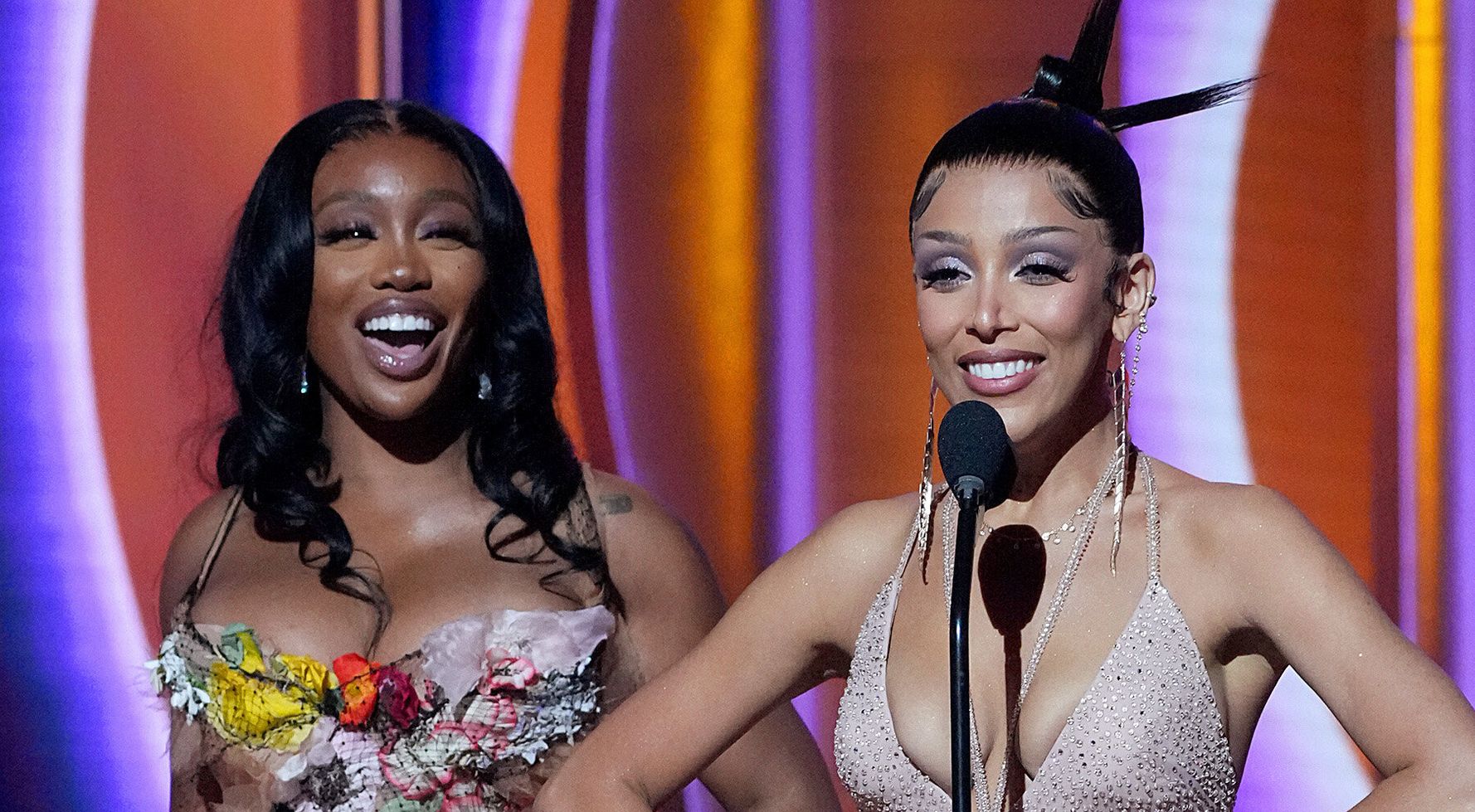 SZA may have needed crutches and an assist from Lady Gaga to make it onto the 2022 Grammys stage Sunday night, but she still managed to beat her collaborator Doja Cat to the microphone.

The superstar pair won the Grammy for Best Pop Duo/Group Performance for “Kiss Me More,” beating out BTS, Justin Bieber and Coldplay.

Moments after the two women were announced as the winners, Doja Cat was seen darting across the room to the stage before offering a relatable excuse for her momentary absence.

“Listen, I have never taken such a fast piss in my whole life,” the rapper and singer quipped as she adjusted the front of her gown.

That revelation prompted SZA to respond, “I’m glad you made it back in time.”

Doja Cat’s remarks recalled Michael Keaton’s Screen Actors Guild Award acceptance speech in February. The “Dopesick” actor arrived late to the stage to pick up the award for Outstanding Performance by a Male Actor in a Television Movie or Limited Series, blaming his delayed arrival on an ill-timed bathroom break.

And like Keaton, Doja Cat became emotional as she reflected on her award’s significance just moments after acknowledging the offstage call of nature.

Doja Cat was nominated for eight Grammys on Sunday, tying with Justin Bieber as the night’s second most-nominated artists. The two came in behind Jon Batiste, who received 11 nominations and eventually won five Grammys.

Her win came a little more than a week after she appeared to turn her back on her profession, briefly pledging to quit music over an online clash with fans after a storm forced her to cancel a performance at Paraguay’s Asunciónico festival.

By Sunday, however, Doja Cat was all smiles again. And her plans to hit the road with The Weeknd on his After Hours Til Dawn Tour, which kicks off in Toronto this July, are still in place.