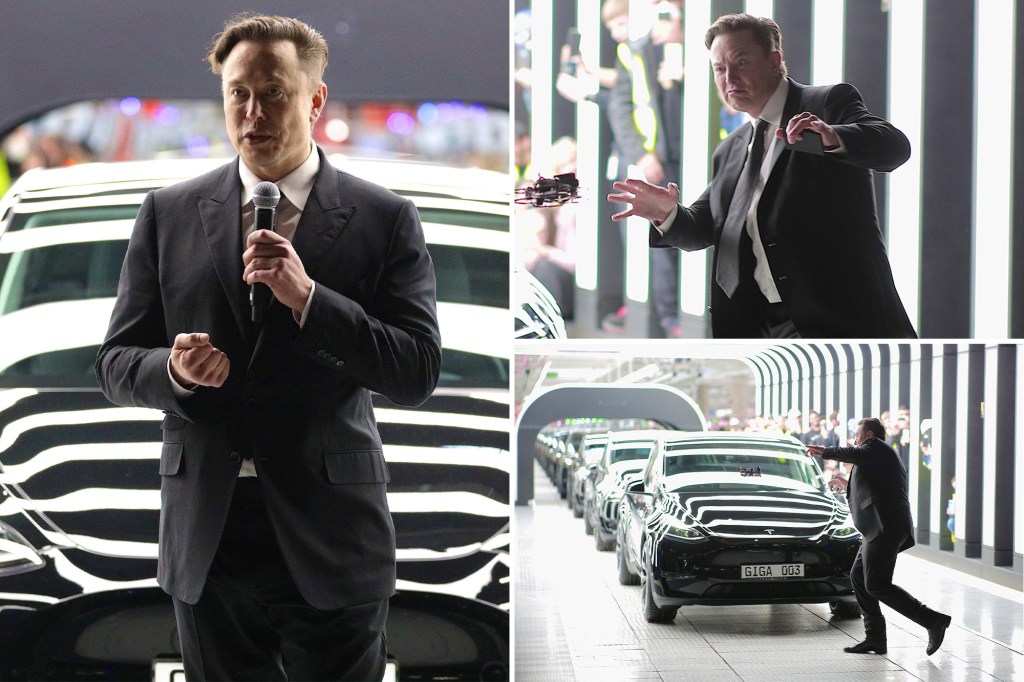 Billionaire Elon Musk danced onstage Tuesday as Tesla officially opened its $5.5 billion manufacturing plant in Germany — an event that was delayed for months due to local resistance from some government officials and environmental activists.

Musk presented the first Tesla Model Y cars to 30 customers in attendance at the event lauding the start of production of what his company has dubbed Gigafactory Berlin.

The facility is Tesla’s first European manufacturing hub — allowing the company to produce and deliver cars within the content without relying on its facilities in the US and China.

“This is a great day for the factory,” Musk said during the event. He added that the opening was “another step in the direction of a sustainable future.”

Gigafactory Berlin made its debut after a lengthy dispute with local regulators.

Tesla originally wanted to start production in 2021, but local environmental activists pushed back on its construction, raising concerns about its potential impact on local drinking water, forests and wildlife.

German officials granted final approval for Tesla to begin full production earlier this month, so long as the company adhered to requirements on water use, air pollution and other environmental issues.

Some activists blocked an entry to the factory during its opening ceremony, while others blocked a local road and stalled traffic for hours after the event, according to Reuters.

The opening of Tesla’s first-ever factory in Germany is a major coup for the electric vehicle maker as it looks to expand, according to Wedbush analysts Daniel Ives.

“We view the opening of Giga Berlin as one of the biggest strategic endeavors for Tesla over the last decade,” Ives tweeted.

Musk responded to the post, declaring that it “makes a huge difference to capital efficiency to localize production within a continent” by opening the facility.

Musk’s dance moves came as no surprise to Tesla fans. The eccentric billionaire previously showcased his skills when Tesla opened its manufacturing plant in Shanghai in 2020.

Tesla plans to hire 12,000 workers at the factory. The plant is expected to produce 500,000 cars per year at its full capacity.