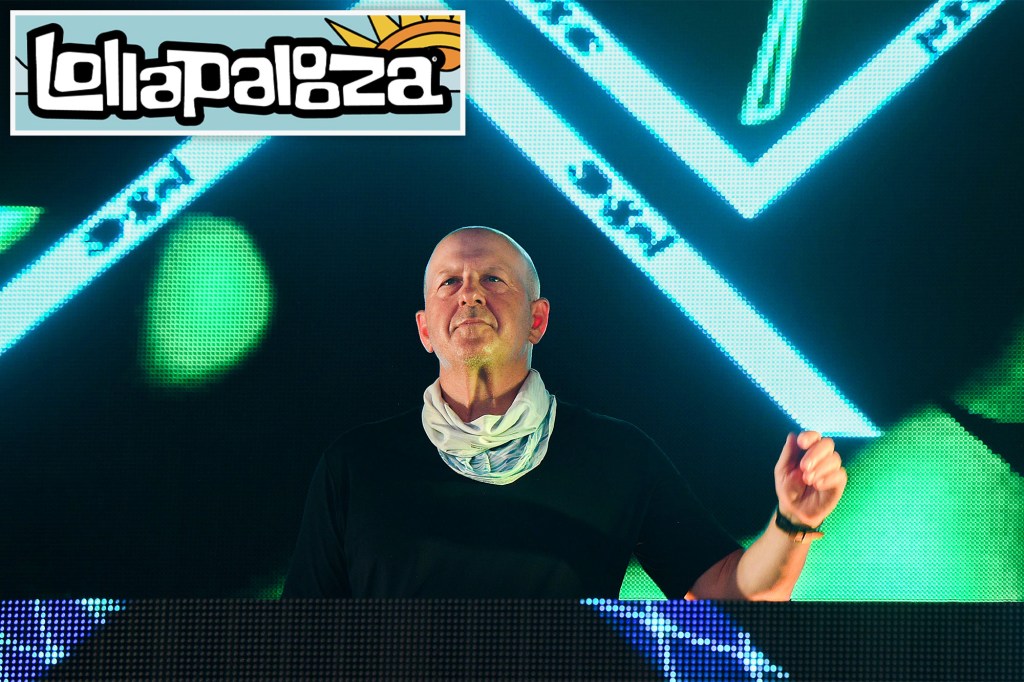 Solomon will be joining singers including Dua Lipa, Metallica, Doja Cat and Green Day at the famed four-day Chicago bash.

While Solomon makes frequent appearances performing at small clubs in Miami and New York, Lollapalooza is his biggest performance to date.

The hard-charging Solomon — who has attracted controversy with his part-time DJ gigs amid complaints from junior bankers about 100-hour work weeks — has defended spinning records saying it helps his “left brain, right brain” balance.

The 60-year-old financial titan said on a podcast last year that his side hustle initially raised eyebrows at Goldman, saying he was told, “You can’t do that… it’ll hurt your career professionally.”

“I thought about it and I said, ‘I enjoy this, I’m not doing anything wrong,’ ” Solomon said. “I’m having fun… it makes me feel good.”

One source close to Solomon said that, despite his hard-driving management style, many Goldman employees have now accepted and even embraced their boss’s DJ’ing habit.

“People respect commitment and he works hard at it,” the source said. His gigs set an example for Goldmanites to find pursuits outside the office, and have made him more accessible and relatable for younger employees, the source added.

Still, others say Solomon’s musical pursuits have sometimes rubbed employees the wrong way. Last summer, on the eve of calling employees back to the office, he released a new single titled “Learn to Love Me.”

The appearances have also landed him in hot water.

In summer 2020, Solomon opened for The Chainsmokers at a charity benefit in the Hamptons that came under fire for violating social distancing guidelines. The concert sparked so much anger that then-Governor Cuomo said the Department of Health would investigate the performance.

The Lollapaolooza event will be held July 28-31 in Chicago’s Grant Park with tickets ranging from $350 to north of $4,000. Lollapalooza has been on hiatus since the outbreak of coronavirus but drew nearly 400,000 at the last festival in 2019.