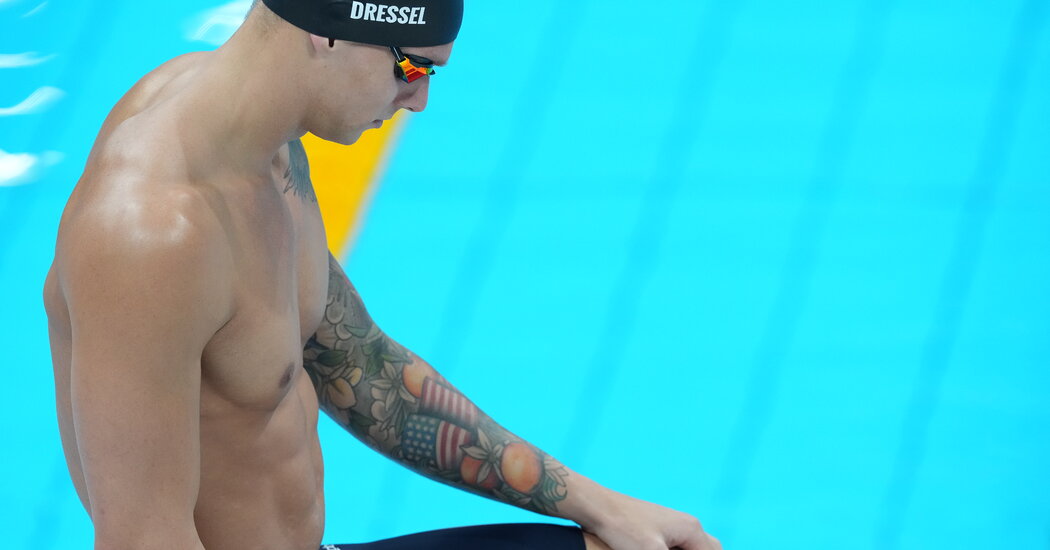 Swimming comes to a frantic finish on Sunday (Saturday night in the United States) with five finals, and a flurry of medals, at the Tokyo Aquatics Center.

The most compelling race for the Americans could be the first one, the men’s 50-meter freestyle. Caeleb Dressel enters the pool having already won three gold medals at these Games, in the 4×100 freestyle relay, the 100 free and the 100 butterfly. His time in the 100 butterfly, 49.45 seconds, was a world record. He has dominated the event in recent years, winning gold at the World Championships in 2017 and 2019.

The competition appears more open heading into the women’s 50-meter freestyle. Emma McKeon of Australia qualified with the fastest time: 24.00 seconds. She started the day knowing that a top-three finish in her two races — the 50 free and the 4×100 medley relay — would make her just the second woman, after the Soviet gymnast Maria Gorokhovskaya, to win seven medals at a single Olympics. The stacked group in the 50 free also includes Ranomi Kromowidjojo of the Netherlands, the 2012 Olympic gold medalist in the event; Pernille Blume of Denmark, the 2016 gold medalist; and Sarah Sjostrom of Sweden.

The two short, explosive races then give way to one of the longest of the Games, the men’s 1,500-meter freestyle. Bobby Finke of the United States has a chance to win a second gold medal in Tokyo. Finke, who is competing in his first Olympics, won the men’s 800-meter freestyle on Thursday with a time of 7 minutes 41.87 seconds. Gregorio Paltrinieri of Italy, who won gold in 2016, is set to race beside Finke in Lane 6.

The session ends with two exciting medley relays. The American women won gold in the 4×100 medley relay at the 2016 Games. But they face potentially overpowering competition here in the form of Canada and Australia.

The men’s 4×100 medley relay is the final swimming event of the Tokyo Olympics, and there is history on the line. The American men have won gold in every Olympics they have competed in. (They did not participate in 1980, when the United States boycotted the Moscow Olympics.) But they entered the race as underdogs, with Britain, which qualified with the fastest time (3:31.47), and Australia looking the strongest out of the field.