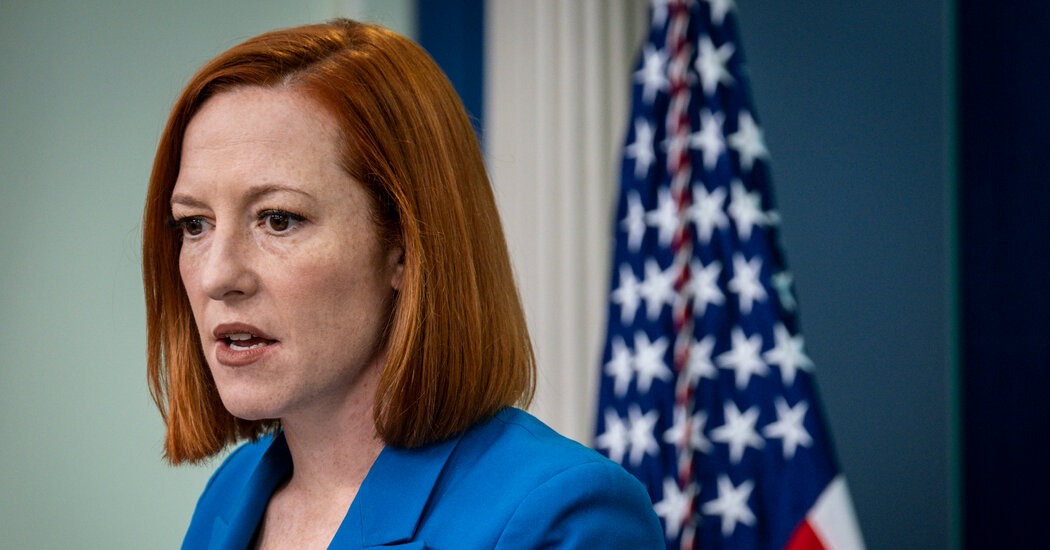 WASHINGTON — Jen Psaki, the White House press secretary, tested positive for the coronavirus on Tuesday for the second time in five months, one day before she was scheduled to join President Biden on a diplomatic trip to Europe.

Ms. Psaki took a test for the virus on Tuesday morning and it came back positive, she said in a statement, adding that she would not join Mr. Biden and top officials at a NATO summit meant to reassure allies of the administration’s efforts to deter the Russian invasion of Ukraine.

Ms. Psaki said that she had “two socially-distanced meetings” with the president on Monday and that they were not considered to be in “close contact,” according to guidance from the Centers for Disease Control and Prevention. The C.D.C. defines “close contact” as being less than six feet away from an infected person.

Mr. Biden tested negative for the coronavirus on Tuesday, according to Ms. Psaki’s statement.

“I am sharing the news of my positive test today out of an abundance of transparency,” Ms. Psaki said in the statement.

“In alignment with White House Covid-19 protocols, I will work from home and plan to return to work in person at the conclusion of a five-day isolation period and a negative test,” she said.

The statement of Ms. Psaki’s positive test was issued minutes after she was scheduled to deliver the daily press briefing with Jake Sullivan, Mr. Biden’s national security adviser. Chris Meagher, a White House spokesman, filled in for Ms. Psaki at the daily briefing, and he said that no members of the press were considered to have been in close contact with Ms. Psaki during the daily briefing on Monday.