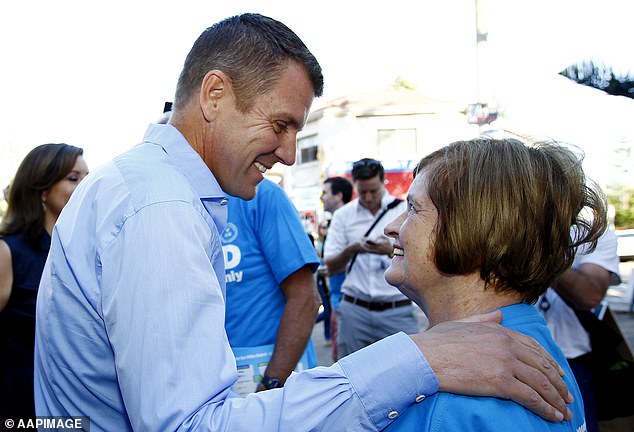 Former NSW Premier Mike Baird has revealed how seeing his mother Judy die after a battle with a terminal illness has not changed his mind about euthanasia.

NSW is the only state yet to pass a voluntary assisted dying bill but there will soon be a vote on the issue after Independent MP Alex Greenwich and 30 co-sponsors introduce a bill to the state parliament.

Mr Baird said the debate around voluntary assisted dying is personal for him after his mother Judy died six months ago following a years-long battle with illness.

Mike Baird greets his mother Judy as he arrives at Queenscliff Surf Life Saving Club to cast his vote in the 2015 NSW state election. Mrs Baird died from a terminal illness earlier this year

Writing in the Sydney Morning Herald, Mr Baird said there were days when he cried just wishing his mum could walk, talk or laugh again.

‘When faced with the terminal suffering of someone you love, almost nothing else matters. I understand the pain,’ he said.

Mr Baird said in circumstances such as these many would find it easy to understand how people wish the pain would just go away, believing their quality of life is over, but he does not agree.

As his mother faced her illness, Mr Baird’s eldest daughter had her own difficulties – she was going through a marriage breakdown.

‘It was as if my mum’s eyes had given her the hug she needed, the tears, the comfort.’ 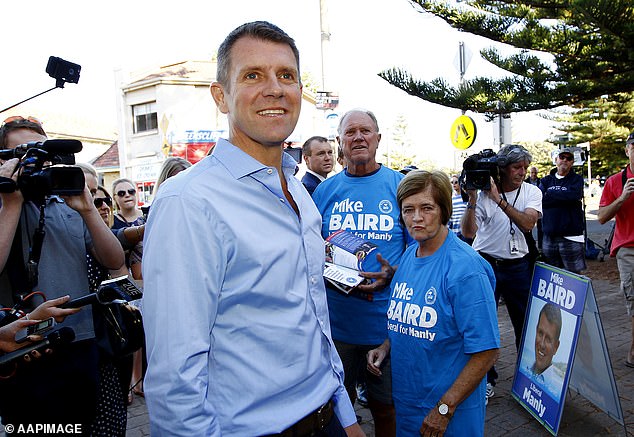 Mike Baird with his father Bruce and mother Judy on the day of the 2015 state election, when Mr Baird was the NSW premier

Mr Baird’s father Bruce is also a former Liberal politician, and his sister Julia is a TV presenter with ABC.

Despite his views, Mr Baird admitted there were times he felt anguish at seeing his mum as she was in her years of illness.

He says voluntary assisted dying can look ‘neat and easy compared with the messiness and struggle of the natural journey’ to what may be a difficult death.

‘But there is nothing neat and easy about agreeing to end a life however well-motivated the choice seems,’ he said. 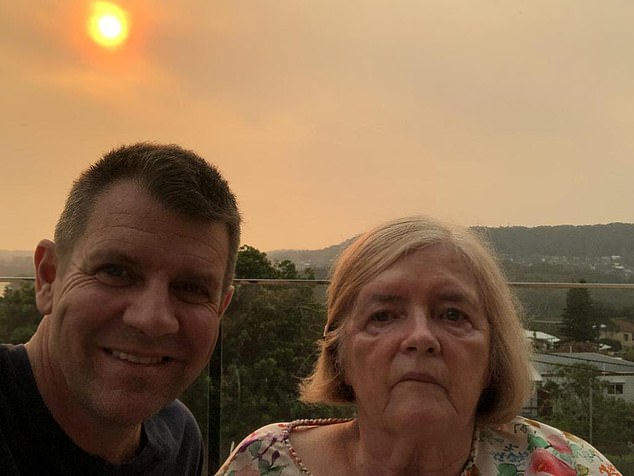 Mike Bair and his mother Judy. Mr Baird says his mother’s battle with a terminal illness has made him oppose euthanasia

Mr Baird, who runs the HammondCare charity, said palliative care is a better option than euthanasia.

HammondCare has three palliative care units, supporting hundreds of inpatients and thousands more in the community or aged care.

His staff has found that some people feel they need to end their life because ‘they don’t understand that palliative care will vastly reduce their symptoms without prolonging their life’.

Mr Baird said palliative care does not promote pointless treatments, keeping someone from dying who is ready to die.

Instead, he said, ‘palliative care eases the way from life to death without influencing the timing, but uplifting the experience’.

Palliative care teams can help patients maintain hope which otherwise may have been abandoned, he added. 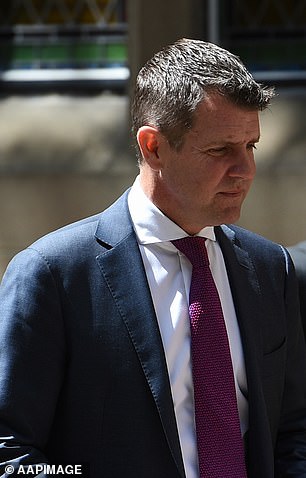 ‘It will have more co-sponsors than any other bill has had in any Australian parliament, which shows the strong and broad support the bill has,’ he said.

He welcomed endorsement of the bill by the Health Services Union NSW and the NSW Nurses and Midwives’ Association.

‘The members of (these unions) are at the frontline of our health system and they approach this reform with care and compassion,’ he said.

‘So many healthcare workers have seen the cruel suffering that people with terminal illnesses can experience and know the importance of people with a terminal illness being able to consult with their doctor to discuss a range of options in end-of-life care.’

But Mr Baird said society must become less afraid of dying and the challenges it brings. ‘We might realise that these moments can be a gift: as I discovered in the dying days of my mother,’ he said.

‘I just don’t think laws can replace human love, compassion and ingenuity,’ he added. ‘Because every life matters until the last breath.’