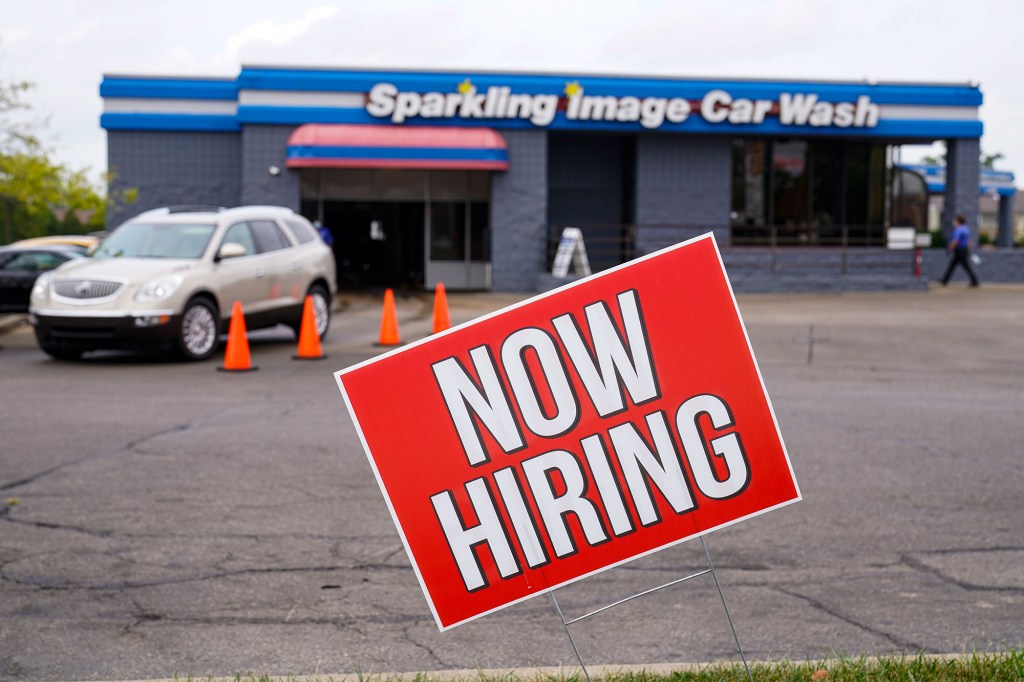 Americans quit their jobs at a record clip in August, a new government report said Tuesday, with restaurant and hotel workers leading the mass exodus.

A whopping 4.3 million people quit two months ago, the most on record dating back to December 2000 — and 300,000 more than in July, according to the Labor Department report.

The August quits are the equivalent of 3 percent of the US workforce.

Hiring in August also plunged sharply — down to 6.3 million from 6.8 million in July — despite the number of available jobs remaining near record high levels.

In the past year, open jobs have increased 62 percent, though available jobs did fall to 10.4 million in August, from a record high of 11.1 million in July.

Quits in August at restaurants, bars and hotels jumped 21 percent compared to the previous month for a total of 900,000.

And August saw a 6 percent jump in retail workers leaving their jobs.

In industries such as manufacturing, construction, and transportation and warehousing, quits barely increased.

In professional and business services, which includes fields such as law, engineering, and architecture, where most employees can work from home, quitting was largely flat.