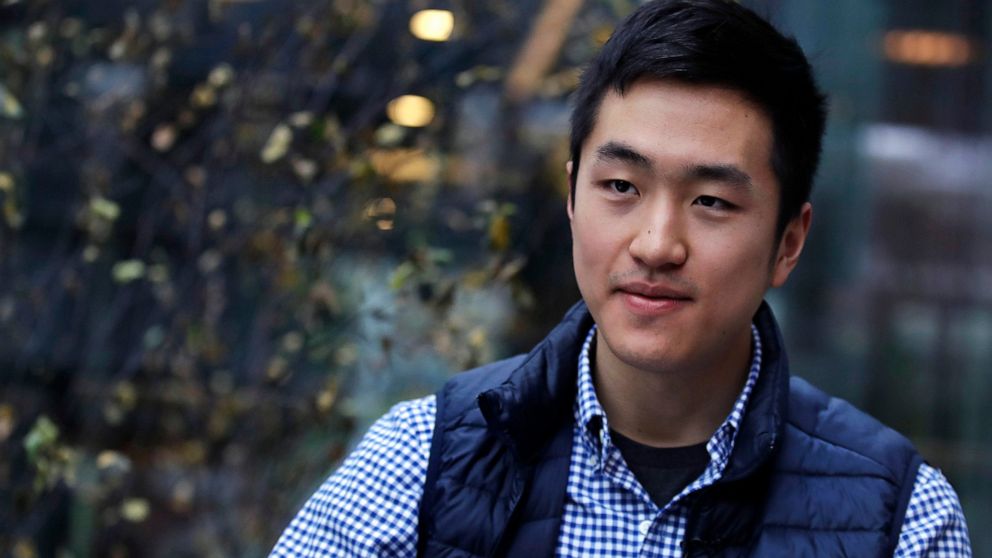 BOSTON — The first “Dreamer” to be awarded a prestigious Rhodes Scholarship is finally poised to attend the University of Oxford after years of uncertainty about whether the U.S. would allow him to return home as a DACA recipient.

Federal immigration officials last week approved Jin Park’s application to travel to England in the coming weeks, according to his law firm WilmerHale in Boston.

Park, whose family immigrated from South Korea when he was 7 years old, will be joined at Oxford by Santiago Potes, a Miami resident and 2020 graduate of Columbia University in New York who became the second American on DACA status to be awarded a Rhodes Scholarship last November, according to the Rhodes Trust.

“We are thrilled that two DACA Rhodes Scholars will be heading to Oxford next month to start their courses, finally knowing they can safely and legally return after their studies to the only homes they know,” said Elliot Gerson, the American secretary for the British organization, which is helping prepare the visas for the two incoming students.

Potes, who graduated from Columbia with degrees in East Asian studies and Medieval and Renaissance studies, hopes to use his time at Oxford to “give back to the United States, which has given me every opportunity to succeed.”

Park, who currently attends Harvard Medical School in Boston, declined to comment Friday until he officially receives a copy of the approval from U.S. Citizenship and Immigration Services.

The Queens, New York, resident was awarded the Rhodes Scholarship in 2018 while attending Harvard as an undergraduate studying molecular and cell biology.

But the then-22-year-old shelved plans to attend Oxford to study migration and political theory as former President Donald Trump attempted to phase out the Obama-era DACA program.

Among the steps the Republican president took was rescinding the option for overseas travel for qualified DACA recipients. That meant if Park left the country, he would risk forfeiting his DACA status and potentially not being able to return to the U.S.

DACA recipients, commonly called “Dreamers” because of never-passed proposals in Congress called the DREAM Act, are protected from deportation because they were brought into the country illegally at a young age.

Trump’s yearslong effort to wind down DACA faced a series of legal challenges that effectively kept the program running.

The legal battle was capped by a U.S. Supreme Court ruling last June that found the Republican administration did not take the proper steps to end DACA and rejected Trump’s arguments that the program is illegal.

The Trump administration, in its waning days, fully restored DACA last December, beginning to accept new applications, petitions for two-year renewals and requests for permission to temporarily leave the country, which are known as advance parole.

Since taking office in January, President Joe Biden has called on the Democrat-controlled Congress to pass legislation codifying DACA, which former President Obama had created by executive action in 2012.

The Democrat has also proposed giving DACA recipients and others on temporary legal status a pathway to citizenship a s part of his campaign pledge to overhaul the nation’s immigration system.

But the program and its supporters were dealt another blow last month when a federal judge in Texas ruled DACA illegal, barring the government from approving any new applications, but leaving the program intact for existing recipients.

Less than 600,000 individuals were on DACA as of the end of June, down from a peak of nearly 800,000, according to USCIS, which declined to comment on Park’s case, citing privacy protections. The agency also didn’t say how many on DACA have sought or received travel authorization since the program was restored.

To qualify for DACA, immigrants must have entered the country by 2007 and been under age 16 when they arrived.

Park, a vocal advocate for DACA recipients since he was in high school, had applied for the scholarship as part of a broader effort to underscore how DACA recipients didn’t qualify for the venerated award and others like it.

The effort led the Rhodes organization to expand eligibility for the scholarship, which was created in 1902 by British businessmen and politician Cecil Rhodes and provides all expenses for at least two years of study at Oxford.