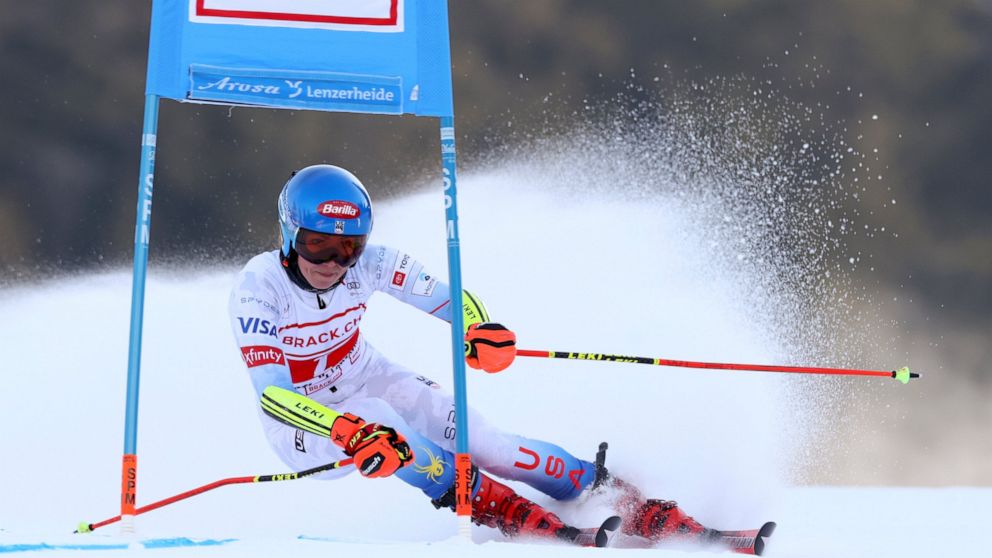 LENZERHEIDE, Switzerland — Mikaela Shiffrin earned a chance to extend her lead in the overall World Cup standings Sunday when closest rival Petra Vlhová failed to finish the first run of a giant slalom.

Shiffrin was second-fastest down the steep course at Lenzerheide, just 0.11 seconds behind Olympic champion Sara Hector.

Tessa Worley, a two-time world championships gold medalist, was third with 0.16 to make up in the second run in the afternoon. No other racer was within a half-second of the top three.

In her first giant slalom since crashing out after just 10 seconds at the Beijing Olympics, Shiffrin started first and put down a clean run on a cold, sun-bathed day.

Vlhová started next and, as Shiffrin watched the giant screen in the finish area, went out midway down. Her inside ski lost its edge at a right-hand turn and she slid past the next gate.

It was Vlhová’s first failure to finish a World Cup race this season and her first in giant slalom after 11 straight points-scoring races since December 2020.

The two-race weekend at Lenzerheide is shaping up as potentially key in the Shiffrin-Vlhová duel for the overall title.

They were tied in the standings after 29 events until Shiffrin made her move finishing second in a super-G Saturday when defending champion Vlhová was 18th.

Shiffrin would earn another 80 World Cup points for a runner-up finish. That would build her lead to 147 with six races left seeking her fourth overall title.

Hector is having a career year with three World Cup wins and the Olympic title in giant slalom. The 29-year-old Swede previously had one victory in 2014.