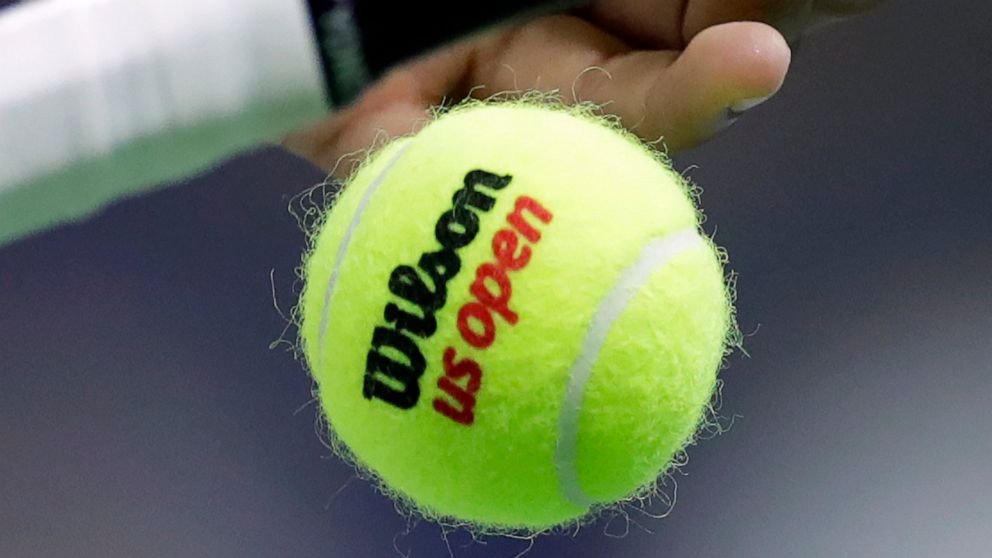 The U.S. Open returns next week with Naomi Osaka back to defend her 2020 title and Novak Djokovic trying to complete the first calendar-year Grand Slam by a man since Rod Laver in 1969

NEW YORK — A glance at the U.S. Open, the last Grand Slam tennis tournament of 2021:

Fans will be allowed back at the tournament — with no requirements to wear masks or show proof of vaccine status before watching matches — a year after all spectators were banned because of the coronavirus pandemic.

Osaka came back to beat Victoria Azarenka in the women’s final for a 1-6, 6-3, 6-3 victory to earn her second U.S. Open championship and third Grand Slam title overall (she has since added a fourth). It was the first time a woman who lost the first set of a U.S. Open final wound up winning since 1994, when Arantxa Sanchez Vicario did it against Steffi Graf. Osaka also made a point of being a voice for change by calling attention to racial injustice during the tournament, wearing masks to each match that carried the names of Black victims of violence. “The point,” Osaka explained then, “is to make people start talking.” A day later, Thiem became the first man in 71 years to win the tournament’s final after dropping the opening two sets, beating Alexander Zverev 2-6, 4-6, 6-4, 6-3, 7-6 (6) for his first Grand Slam title. It was also the first time in tournament history the men’s final culminated in a fifth-set tiebreaker. Novak Djokovic entered as the tournament favorite but was disqualified in the fourth round for accidentally hitting a line judge in the throat with a ball he hit after losing a game.

Thiem is sidelined with an injured right wrist and so will not be back to defend his title, and for the second year in a row, Roger Federer and Rafael Nadal are sitting out the U.S. Open. Federer needs another operation on his right knee; Nadal has an injured left foot. Both are done for the year. They share the men’s record of 20 Grand Slam singles trophies with Djokovic, who is again seeded No. 1 in New York. Also absent: Serena Williams, owner of 23 major singles championships, and Venus Williams, owner of seven.

1969 — The last time a man (Rod Laver) won all four Grand Slam singles titles in one season. Djokovic will be bidding to match that feat after winning the Australian Open in February, the French Open in June and Wimbledon in July.

21 — Djokovic will be trying to claim the 21st Grand Slam singles trophy of his career, which would surpass the mark he holds with Federer and Nadal.

24 — Number of years since a Grand Slam tournament was held without any of Serena Williams, Venus Williams, Federer or Nadal participating; it last happened at the 1997 Australian Open.